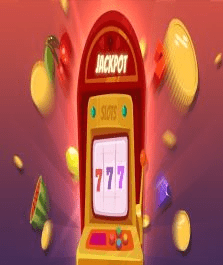 Established in 2017, Fair Go Casino made headlines as the first online casino to be dedicated specifically to punters in New Zealand and Australia. In just under 3 years of existence, the casino has managed to attract hundreds of thousands of gamers and build up a portfolio with more than 250 games and online pokies.

The strong partnership with Real Time Gaming (RTG) - which is one of the top gaming manufacturers in the world - is arguably the main contributor to the growth and success of the casino. Of course, the casino's good sense of direction, and great customer service has also contributed massively to their success.

A Collection of The Best AU-themed Online Pokies

The online pokies at the casino are not the generic types you find all over the internet. Their color schemes, themes, and in-game experiences are designed specifically to appeal to the tastes and preferences of Australians. Examples of these include the wildly popular Enchanted Garden series, Bubble Bubble, Eternal Love, Zombie, and Stardust.

Notably, despite focusing on the Kiwi and Australian audiences, the Fair Go Casino is far from a one-trick pony. The site also features a healthy collection of internationally popular online pokies like Builder Beaver, Megasaur, 7's and Stripes, Super 6, Mermaid's Pearl, and the classic 777. For the big money players, there are lots of pokies with lucrative bonuses and jackpots, including Aztec's Treasures, Aladdin's Wishes, and the popular Aztec's Millions.

Fair Go Casino presents a very healthy mix of online pokies, with lots of variations in terms of sizes, pay lines, and play experience. For the older, and simple players, there are 8 3-reel pokies in the casino, namely; Scuba Fishing, Santastic, Magic Mushroom, Double Ya Luck, 777, The Three Stooges II, and the previously mentioned 7's and Stripes. And while these slots offer relatively lower pay compared to the 5 and 6 reels, they are significantly easier to win.

The 5 Reel pokies here are the real deal, with some having million-dollar payouts. And the good people over at the Fair Go Casino seemingly know this, as they have over 120 5-reel pokies in offer. Some of the most lucrative slots include 5 Wishes, Achilles, Aladdin's Wishes, Count Spectacular, Cesar's Empire, Coyote Cash, Crazy Vegas, and the famous Cash Bandits series (1,2,3). If you like a bigger challenge, which also comes with bigger rewards, you can check out the casino's collection of 6-Reel slots, which are typically RTG's best offerings. They include; Super 6, The Big Bopper, Lucky 6, and Ritchie Valens La Bamba.

From all that has been said above, we can conclude that Fair Go Casino is a safe, fully functional, and exciting gaming platform for all players with a Kiwi heritage. The ease of access and inclusion of a bunch of internationally successful online pokies, video poker slots (which are basically a combination of online pokies and traditional poker), and specialty games also makes the casino an attraction for curious international punters.